Derrick Holmes named this style, “Camelot,” because of its Regal appearance. "The simplicity is embellished by the unique origin of the words that are used." Derrick says, “These watches are Royal.”

Camelot is a word steeped in history. From the legendary 12th Century tales of King Arther and his court to the early 1960's when a recently widowed Jacqueline Kennedy captivated the nation and dubbed the presidency of John F. Kennedy, "Camelot” by quoting one of the late president's favorite lyrics from the musical of the same name.  “Don’t let it be forgot, that once there was a spot, for one brief shining moment, that was known as Camelot,” she said and then added, “there’ll be great Presidents again, but there’ll never be another Camelot again.” 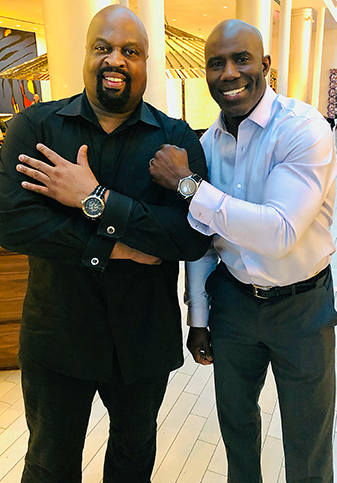 We hope to recapture some of the mystical beauty that is associated with the history behind the word Camelot and hope you are as inspired by the story behind these timepieces as we are.  Like all Banneker watches and clocks the Camelot ships with additional information about the historical legacy of Benjamin Banneker who constructed the first striking clock in America from parts he hand carved from wood.  The Camelot face is genuine wood and for this series of watches we use all Native American Woods including:

Perfect for both men and women with two sizes available, we are pretty sure that Jacqueline Kennedy and John F. Kennedy would have both enjoyed wearing the Camelot watch and the history behind it.  And there is definitely no doubt that King Arthur himself would have been mesmerized by this mythical timepiece....can't you just picture him kicked back on his throne and chillin' with a big chalice of Mead and the new Camelot Gold 48mm with that funky plum-maroon leather strap on his wrist?

Add this new watch to your collection today and be the first of your friends to wear the Camelot by Banneker.  Available right now with Fast and FREE Shipping. Shop the Camelot Collection Now.